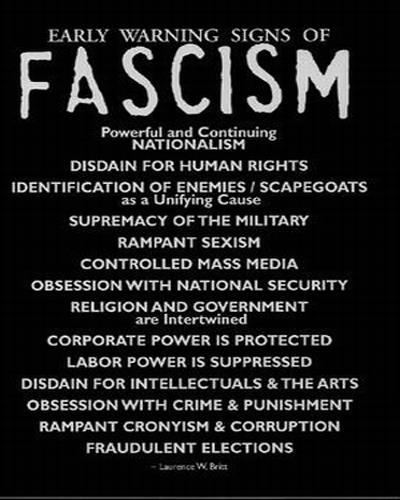 The ancient Greek historian, Polybius, celebrated the Roman republic of ~ 150 BC under its constitution with balance of powers among the Senate, two elected consuls, and the general citizens:

“Such being the power that each part has of hampering the others or co-operating with them, their union is adequate to all emergencies, so that it is impossible to find a better political system than this.”  – The Histories, Book VI, Section V: On the Roman Constitution at its Prime

Americans and people around the world were equally proud of the United States Constitution as “impossible to find a better political system than this.”

About 100 years after Polybius’ account, Rome’s republic had descended into oligarchic competition for power. Contemporary to Julius Caesar, the Roman historian and government insider Sallust blasted the decline of virtue in government:

“To those who had easily endured toils, dangers, and doubtful and difficult circumstances, ease and wealth, the objects of desire to others, became a burden and a trouble. At first the love of money, and then that of power, began to prevail, and these became, as it were, the sources of every evil. For avarice subverted honesty, integrity, and other honorable principles, and, in their stead, inculcated pride, inhumanity, contempt of religion, and general venality. Ambition prompted many to become deceitful; to keep one thing concealed in the breast, and another ready on the tongue; to estimate friendships and enmities, not by their worth, but according to interest; and to carry rather a specious countenance than an honest heart. These vices at first advanced but slowly, and were sometimes restrained by correction; but afterwards, when their infection had spread like a pestilence, the state was entirely changed, and the government, from being the most equitable and praiseworthy, became rapacious and insupportable.” – Conspiracy of Catiline, The Argument

The most prolific Roman historian, Livy, witnessed Rome’s transition into dictatorial empire with Augustus Caesar as first emperor. In his preface to address 700 years of Roman history:

“I have no doubt that the earliest origins and the immediately succeeding period will give less delight to the majority of readers who are hurrying to these recent times in which the might of a most powerful people has long been destroying itself.

… I shall seek this additional reward for my labor (recounting all Rome’s history) so that I may turn away from the contemplation of the evils that our age has seen for so many years.” – The History of Rome, Preface

Tacitus wrote ~ 100 AD, a century into empire. Emperors proclaimed to the public that their government still upheld the highest ideals of their Republic, claiming expanding empire was only and always in “self-defense.”

Emperor Domitian’s assassination in 96 AD (among ~22 murdered emperors), allowed Tacitus to write The Agricola, a biographical text of his father-in-law contrasting claimed virtue of Roman military and citizenry with the emperor’s utterly corrupt despotism.

Importantly, this text describes the problem of virtuous Romans within a psychopathic government. Tacitus describes Agricola attempting to uphold virtue; but without recognition of any evil in serving an expanding dictatorial empire. Tacitus seems to assume the ideal of mos maiorum, “custom/virtue of Roman forefathers” will eventually triumph over the evil of present “leadership.”

In Agricola’s campaign as military and political leader of Roman Britain to expand the empire to modern Scotland from 78 – 84 AD, Tacitus recorded a speech he attributes to Scottish rebel-leader, Calgacus, to voice how those of virtue characterized Roman empire under corrupt emperors:

“It is no use trying to escape their arrogance by submission or good behavior. Robbers of the world, having by universal plunder exhausted the land, their drive is greed. If the enemy be rich, they are rapacious; if poor, they lust for domination. Neither rule of the East nor West can satisfy them. Alone among men, they crave with equal eagerness poverty and riches. To plunder, slaughter, seize with false pretenses, they give the lying name ‘empire.’ And where nothing remains but a desert, they call that ‘peace.’ ” – Tacitus, The Agricola and the Germania (analyses here, here)

Roman imperialists called Calgacus and those who preferred independence from evil empire a name: barbarus. This is translated today as “barbarian,” but its context for using unconventional warfare to oppose the most powerful military in its day is better translated in today’s language with a different word:

Regarding life in Rome under the dictatorship of emperors, Tacitus remarked:

“So corrupted indeed and debased was that age by sycophancy that not only the foremost citizens who were forced to save their grandeur by servility, but every exconsul, most of the ex-praetors and a host of inferior senators would rise in eager rivalry to propose shameful and preposterous motions. Tradition says that Tiberius (Rome’s 2nd emperor) as often as he left the Senate-House used to exclaim in Greek, ‘How ready these men are to be slaves.’ Clearly, even he, with his dislike of public freedom, was disgusted at the abject abasement of his creatures.”

American Founders created the US Constitution in light of Roman Republic design (here, here, among dozens), and aware previous republics had always self-destructed from corruption within their own nations. Among many of the Founders’ admonitions, James Madison was clear that citizen responsibility was essential to maintain a republic, no matter how well the Constitution was designed:

“A mere demarcation on parchment of the constitutional limits (of government) is not a sufficient guard against those encroachments which lead to a tyrannical concentration of all the powers of government in the same hands.”  – James Madison, Federalist Paper #48, 1788.

On September 18, 1787, just after signing the US Constitution, Benjamin Franklin met with members of the press. He was asked what kind of government America would have. Franklin warned: “A republic, if you can keep it.” In his speech to the Constitutional Convention, Franklin admonished: “This [U.S. Constitution] is likely to be administered for a course of years and then end in despotism… when the people shall become so corrupted as to need despotic government, being incapable of any other.”  – The Quotable Founding Fathers, pg. 39.

These warnings extend to all social science teachers of the present:

“As educators in the field of history–social science, we want our students to… understand the value, the importance, and the fragility of democratic institutions. We want them to realize that only a small fraction of the world’s population (now or in the past) has been fortunate enough to live under a democratic form of government.” – History-Social Science Framework for California Public Schools, pgs. 2, 7-8

US/UK/Israel today: Current Middle East armed attacks are proclaimed by US/UK/Israel “leaderships” as self-defense, just as Rome claimed. US “leaders” claim to uphold America’s highest ideals of freedom while removing almost all Constitutional Rights, as did Roman emperors. Corruption today, as in Rome, is rampant.

US/UK/Israel wars today are not even close to legal, and based on lies known to be false as they are told. Engaging in unlawful Wars of Aggression is the very opposite of a virtuous republic limited in power under its constitution. This is easy to verify for those with about an hour to look:

Solutions learned from the past applied to the present: Tacitus’ argument was to wait-out tyranny in confidence public virtue of past ideals would triumph.

A stronger solution would be critical mass recognition by the public of corruption in an Emperor’s New Clothes analogy, arrests, and a clear forum for whistleblowers to disclose the full extent of corruption.

In today’s world of tragic-comic US/UK/Israel corrupt empire, I propose the solution of: