39% of US children spend at least one year in poverty, 75% of Black children. Demanding obvious reforms and arrests, or need more pain? 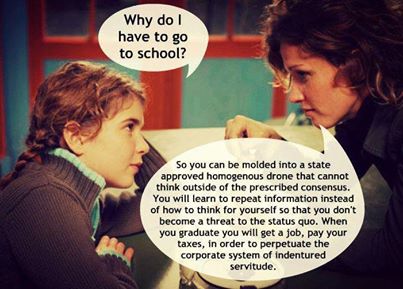 “It did surprise us. When we look at the annual number of children in poverty, it’s at about 20 percent, and we know children cycle into and out of poverty, so we knew it would be higher, but double is startling.”

Importantly, it’s likely an official poverty line of $24,250 yearly income for a family of four is a ridiculous understatement of the income to meet basic economic needs, given US “leadership” lies about economic data of employment and inflation to change definitions that result in ridiculous understatements. For example, when unemployment today is counted the same way as during the Great Depression, today’s statistics of over 20% unemployment for the last six years is worse.

Analysis: The mathematical mechanics of creating what we use for money as debt owed to private banks is the Orwellian opposite of a “monetary system.” When we create what we use for money as a negative number, these mechanics can only increase total debt. A predictable consequence of this Monopoly-type game over time is that assets accumulate to fewer and fewer players.

These players who created this game of calling debt as “money” while claiming this is “good for the country” and even “the best economy in the world” are literal asset-holes. This is fundamental criminal fraud with annual damages in the trillions of dollars, with billions of humans suffering, and millions of people dying.

The only sane response under a limited government, what 95% of Americans believe in and stand for, is to arrest these .01% criminal “leaders.”

There is an alternative structure for full employment, zero debt, falling prices, and the best infrastructure we can imagine. Accelerating technology can and should provide an economy of:

We know for certain that until these .01% “leaders” are stopped, all we’ll have is ongoing lies, crimes, and immense suffering. The Founders of the US were keenly aware of the historical failures for people to live in a society free from oligarchs. Greece devolved into an empire demanding tribute, then fell to civil war. Rome devolved into a ridiculous tragic-comedy of corrupt empire, then fell. The American Founders admonished us in the strongest language possible that we face those same risks.