The strange purchase date and price of Sandy Hook homes 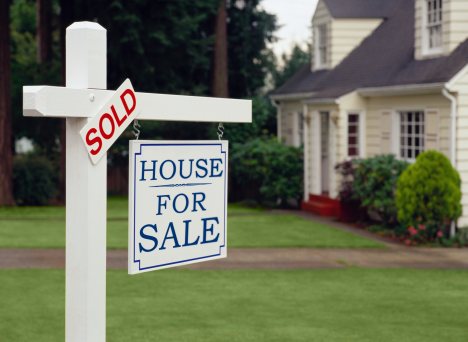 Some of those in the blogosphere who maintain or at the very least suspect that the official story of the Dec. 14, 2012 Sandy Hook massacre isn’t true, have raised the matter of the rather strange sale date and price of the homes of some of the victims. See, for example,this discussion on a Godlike Productions chat forum.

If the massacre, wholly or in part, were a contrived conspiracy — for example, a drill (or a drill that went very bad) — then the major participants or “players” in the elaborate charade would have to be paid off in some way or another.

I had found that information on the website of Vision Government Solutions (VGS), a company that calls itself “a leading supplier of land parcel management software technology and services to local government organizations, enabling efficient assessment, billing, collections, mapping, and permitting.” One of the services provided by VGS is an online database of residential properties in nine states in the northeastern and eastern U.S., one of which is the state of Connecticut. If you know the address of a home in, say, Newtown, CT, you can look up the property’s value, present owner(s), and price history on VGS’s database.

At the time, in February of last year, puzzled by those strange 12/25/2009 sale date and $0 sale price of Newtown homes, I had sent this email to VGS:

Hello, While browsing real estate properties using this database, I noticed a number of homes have the same “date of sale” of 12/25/2009, and a “sale price” of 0 (zero). Please be so kind as to explain. How can a home be sold or purchased for $0?

This was the response I received:

Thank you for your inquiry Dr ____. In most instances of a sale price of $0 the reason would be because of a family sale where the house ownership is simply transferred. [In other words, no money actually changed hands.] The other reason for that to happen would be a town entering a parcel into theirdatabase for the first time they must puta first owner and a sale price. Often times they will put $0 as a filler price. The sale date of 12/25/2009 would be the same thing.

In addition to emailing VGS, I had also called the Assessor’s Office at Newtown, CT, and left a voice mail asking the same question about the 12/25/2009 sale date and $0 sale price.

An administrative assistant at the Assessor’s Office, Andrea Santillo, promptly returned my phone call. She said that the Newtown city government recently had switched to a new computer system and had not been able to enter the property data for all Newtown homes. So the computer used the 12/25/2009 and $0 as, respectively, a “filler” default sale date and price.

Ms. Santillo’s explanation seemed plausible, and so I did not pursue the matter any further. But that doesn’t mean I’d forgotten about it.

Flash forward a year. I decided to revisit this matter, and went back to VGS’s database. Lo and behold, the strange sale date and price are still there.

So I undertook a systematic investigation into the properties of every Sandy Hook (SH) victim, as well as those of certain non-victims, such as Gene Rosen, who had a prominent media presence in the days immediately after the massacre. What follows is my report on my findings, beginning with my methodology.

1. From media accounts, I made a list of the names of all SH victims, including:

2. To that list, I added 6 more people who are not victims but had played significant roles in the aftermath of the massacre. They are:

3. Using two people search engines, Email Finder and Spokeo, of which I am a paid member, I found the addresses of the people on the list.

4. I then looked up the price history of those addresses on four websites:

A year ago, when I looked up Ellin P. Llodra on people search engines, her address was listed as 90 Riverside Rd, Sandy Hook, CT 06482.

But when I look up Ellin Llodra on people search today, her address is listed as 3 Primrose St., Newtown, CT 06470, which is the address of the Newtown Municipal Center, and is owned by the Town of Newtown, with a sale date of12/25/2009 and a sale price of $0.

21. William Rodgers (2nd member of Newtown’s Board of Selectmen):

22. James Gaston Sr. (3rd member of Newtown’s Board of Selectmen):

TO DO THE PROPERTY SEARCHES ON VGS YOURSELF:

The homes of 15 of the 20 Sandy Hook child victims, 1-2 of the 7 adult victims, and all 6 of the Sandy Hook adult non-victims (the Phelps, Gene Rosen, the three Selectmen) have the mysterious sale date and $0 sale price.

At the very least, that is interesting. The three Selectmen are especially interesting because if the hypothesis is that the massacre was a contrived event, then Newtown’s highest governing body would have to be “in the know.”

Your guess is as good as mine as to what all those strange 12/25/2009 sale dates and $0 sale price mean. I’d appreciate input from readers of this blog who are in the real estate business and can shed some light of what the odd sale date and sale price mean.

For the links to all the posts we’ve done on Sandy Hook, go to our “Sandy Hook Massacre” page.

Dr. Eowyn is the Editor of Fellowship of the Minds.

Occupy Bob’s biography is not complete yet but it will be soon!