Perspectives on the Crisis at KPFA and Pacifica Radio Network 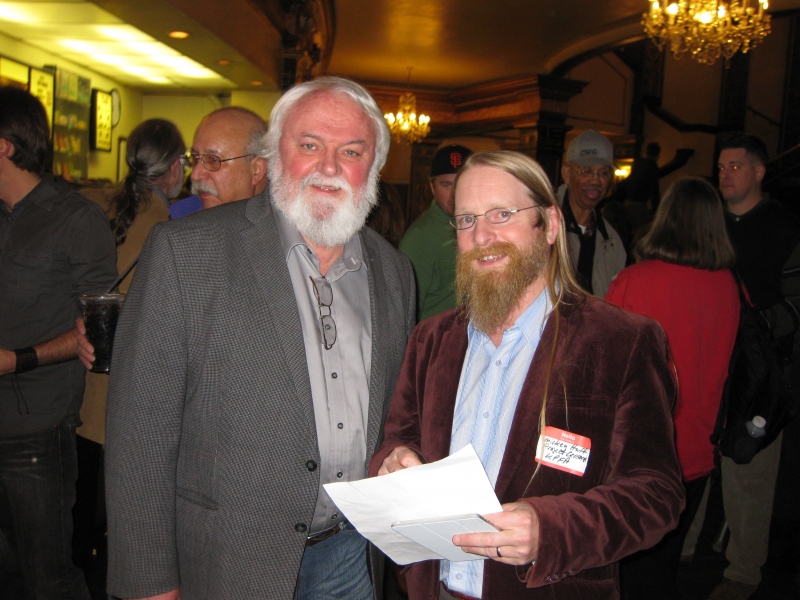 By Peter Phillips and Mickey Huff,

The Pacifica Foundation is a 65-year old national progressive treasure in need of continuing attention and support. Pacifica’s flagship station KPFA in Berkeley, and four other stations KPFK-Los Angeles, KPFT-Houston, WBAI-New York, WPFW-Washington, D.C., are all owned by and under legal control of Pacifica Foundation Radio. Over 160-affiliate radio stations in the US and Canada carry various programs from the Pacifica Radio network. Pacifica Foundation is managed by an elected board of directors, which is comprised of twenty-two members. There are four members from each of the five principle stations plus two from affiliate stations. Meetings of Pacifica Foundation Radio’s Board of Directors are open to the public. Policy dictates that board meetings are to be posted at least one week in advance of the scheduled date and announced on-air at the five Pacifica stations.

The current board of directors of Pacifica is seriously divided into two contentious factions. The factions at KPFA are Support KPFA—United for Community Radio; and Save KPFA (formerly “Concerned Listeners”). Each faction has allies and/or representatives on the board from the collective stations with the Save KPFA faction recently obtaining a one-vote majority. It was this slim majority that lead to the late-night firing of Pacifica’s recently appointed Executive Director, Summer Reese, on March 13, in a telephone conference board meeting with an unannounced agenda. Summer Reese later occupied the Pacifica Foundation headquarters claiming the firing was in violation of her contract and the Bylaws of Pacifica. Reese has been in control of the building with dozens of supporters for over a month. Lawsuits and countersuits have been filed and court battles are pending. Over 400 KPFA listeners, volunteers, and staff have signed a petition (http://2014.supportkpfa.org/?p=91) in support of due process for Summer Reese, including the two authors of this update. Longtime KPFA supporter and Sonoma County attorney Carol Spooner stated recently, “I strongly support Summer Reese in her position as Executive Director of Pacifica and in her efforts to preserve and protect the network and five Pacifica stations and their mission, and to prevent the total collapse of Pacifica into bankruptcy court, pay-off its debts, clean-up the corruption and financial mess, and rebuild. I believe those Pacifica directors who voted to fire her without cause weeks after her contract was signed acted with gross abuse of their authority and have recklessly and/or intentionally placed Pacifica in grave peril.” (http://supportkpfa.org/?p=569) We have been internal observers and volunteer program hosts at KPFA for the past three and half years. Our Project Censored show Fridays 8-9 AM is now aired on thirteen Pacifica affiliate stations including WBAI and WPFW. We think we represent what the Pacifica Foundation mission statement means where it says we are to: “…engage in any activity that shall contribute to a lasting understanding between nations and between the individuals of all nations, races, creeds and colors; to gather and disseminate information on the causes of conflict between any and all of such groups…in radio broadcasting operations to promote the full distribution of public information; to obtain access to sources of news not commonly brought together in the same medium; and to employ such varied sources in the public presentation of accurate, objective, comprehensive news on all matters vitally affecting the community.” (http://www.pacifica.org/about_mission.php) Given the long history of FBI COINTELPRO style disruptions among progressive/radical groups in Berkeley, documented by Seth Rosenfeld in his book Subversives (2012) among others, we think anyone would be naive to not consider that some elements of the national security state could be engaged in promoting dissention and disruption of Pacifica’s mission inside the network on a continuing basis. Therefore, we think that progressive people need to openly engage in the democratic process of choosing station representatives very seriously and call for immediate mediation for the Pacifica National Board. We also strongly believe that adding and supporting volunteer programmers is part of the main mission of Pacifica. Pacifica was not created to have a full NPR-style paid professional staff, and that paid staff should act as supporters and trainers to community-based volunteers. Additionally, we strongly recommend that all listeners reach for their checkbooks during the current fund drive to help maintain a solidly listener-supported funding base, not only to keep Pacifica alive, but to help it thrive so that future generations can carry on its great and much-needed legacy. ________________________________________________________________________ A two hour public forum held April 27, 2014 titled “What’s Going on at Pacifica” can be viewed online at: https://www.youtube.com/watch?v=bcGuunuPKhw _______________________________________________________________________ Peter Phillips and Mickey Huff are co-hosts of the Project Censored Pacifica show on the Morning Mix. Mickey is a professor of History at Diablo Valley College and Director of Project Censored. Peter is a professor of Sociology at Sonoma State University, and President of Media Freedom Foundation/Project Censored.