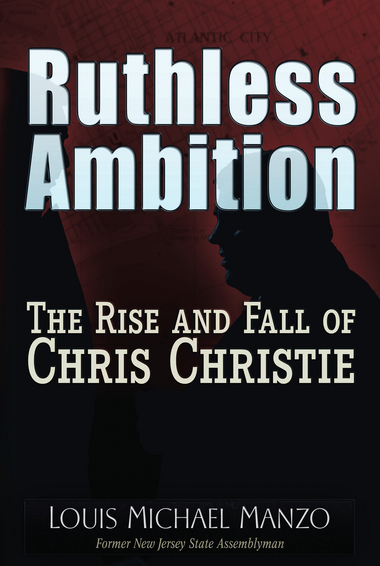 In March 2007, New York Times columnist Paul Krugman argued in Department of Injustice that largely unreported tactics of Bush administration prosecutors like New Jersey U.S. Attorney Chris Christie were likely to be more dangerous than the purge of nine other U.S. attorneys for political reasons.

The new book Ruthless Ambition: The Rise and Fall of Chris Christie illustrates that Krugman correctly identified the real scandal as potential partisanship by those retained as “loyal Bushies” in 94 regional U.S. attorneys offices. 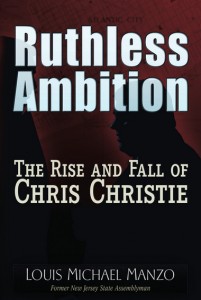 Author Louis Manzo provides a riveting account of how Christie abused his prosecutor’s post to save his job — and then won two terms as governor beginning in 2009. This positioned Christie by early this year as a front-runner for the GOP’s 2016 presidential nomination.

The author is a former Jersey City mayoral candidate whom Christie’s successors indicted in 2009 on corruption charges. Manzo then vindicated himself in 2012 from claims he had accepted a bribe from Solomon Dwek, a government informant Christie recruited to pose as a corrupt donor.

Manzo, a former city health director with a talent for research, probably dooms any hope Christie may hold for future elective office. The revelations help Republican and Democratic critics of Christie.

Years ago, Krugman’s column helped prompt me to write investigative reports for Daily Censored and elsewhere documenting unfair prosecutions by Christie and his colleagues who had been permitted to keep their jobs during the 2006 political purge.

Later, I founded the non-partisan Justice Integrity Project to monitor such cases more systematically, including four years of tracking Manzo’s brave fight against the odds.

About 97 percent of those federally accused plead guilty, thereby giving prosecutors far too much discretion over the justice system. Once indicted, a defendant typically loses not just a case, but also friends, job, savings — and often family, freedom and self-respect. 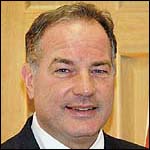 Manzo lost his home and savings, but he persevered to keep his freedom.

Now he provides a rare and devastating account of the purge scandal’s consequences. He shows what it apparently takes for a politician, Chris Christie in this instance, to ascend from the no-name local pack to nationwide stature.

The Christie camp’s rebuttal falls flat. “He [Manzo] was the beneficiary of a change in federal law, and he was never declared or found ‘innocent,’” longtime Christie spokesman Michael Drewniak said.

But anyone who has served on a criminal case jury has heard the judge instruct the jurors that the law presumes defendants innocent unless prosecutors prove guilt beyond a reasonable doubt.

Similarly, Drewniak and his boss cannot credibly argue that prosecutors deserve more deference than judges in determining a law’s scope. In this instance, judges repeatedly ruled in Manzo’s favor and concluded that no trial was necessary.

More generally, the book traces the impact of Christie’s record as a Bush Administration appointee. Christie, nominated in 2001, served until December 2008 before he announced his gubernatorial campaign.

His successors helped him by orchestrating the largest federal arrest in the state’s history, the so-called “Jersey Sting” in July 2009 coinciding with the gubernatorial campaign season.

Christie’s prosecution-office successors — a dozen of whom he hired as governor after he won the election — assigned hundreds of federal agents to arrest Manzo and 44 other corruption suspects in headline-grabbing raids.

After the election, trial evidence showed how prosecutors staged the show. 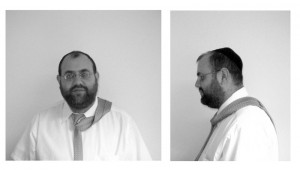 Most shocking, prosecutors recruited as their star witness the con man Solomon Dwek (shown at right in his mug shots). He was a brothel/casino operator, and had been arrested in 2006 for trying to pass two phony $25 million checks to shore up his Ponzi scheme that had scammed more than $100 million from investors.

Instead of prosecuting Dwek in a slam-dunk $50 million bank fraud case, Christie and his team promised the defendant leniency if he helped arrange the arrests of others.

Authorities wired Dwek for sound and turned a blind eye when a bankruptcy court gave him living expenses averaging $12,000 a month tax-free, which were siphoned from a fund for his scam victims. In Dwek’s role as a real estate developer, he drove a new Lexis supplied by the government. He donated more than $400,000 in federal taxpayer funds to local candidates.

Ever the entrepreneur, Dwek franchised the operation by paying other criminals huge fees to help him find local candidates who might accept donations in circumstances that could imprison them. The FBI reported that thousands of text instructions between Dwek and his FBI handlers were lost and thus unavailable for study by the defendants pretrial, as required by law.

All but one of the indicted political defendants were Democrats because authorities steered Dwek away from most Republicans. The arrestees included five rabbis charged with money-laundering. Including rabbis was “Hamburger Helper” to help beef up the numbers, Manzo writes.

Manzo’s concise, well-sourced narrative suggests an answer to one of the most puzzling aspects of the 2006 U.S. attorney scandal: why didn’t the Obama administration investigate partisan tactics in violation of DOJ guidelines more thoroughly and end the most dubious prosecutions?

A crackdown would have embarrassed the Justice Department and created inconvenient political problems for Obama, according to Ruthless Ambition and my previous research. My 2010 column for Harvard’s Nieman Watchdog reported that the Obama internal review was deeply flawed, including its narrow scope covering the firing of just one prosecutor.  None of the cases overseen by others around the nation were reviewed.

Spokespeople for the Obama Justice Department, not surprisingly, have repeatedly informed me and others that they pursue the facts and enforce the law fairly in all such cases.

More generally, half of Manzo’s book focuses on Christie’s governorship, and national ascendancy.

Manzo portrays Christie as a skilled politician who rose from humble roots. Christie, child of a single mother, got his political start as student body president at Delaware State University. 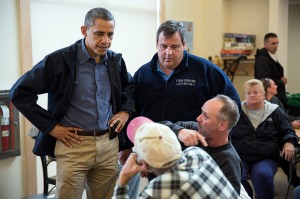 As examples, Manzo portrays Christie’s self-focused 2012 GOP nominating speech for Mitt Romney and Christie’s friendliness with President Obama after Hurricane Sandy as strategic payback to Romney for omitting Christie from the 2012 ticket.

These steps helped position Christie for, among other things, more control over federal aid plus increased popularity during his 2013 re-election campaign in a blue state. Also, Christie reduced the odds that a President Romney would be running for re-election in 2016.

Christie won re-election last fall with an impressive 60 percent of the vote. Christie’s successes made him the early favorite in polls for the 2016 GOP nomination.

Then emails produced via litigation revealed that Christie’s staff had intentionally created a massive tie up in Fort Lee for four days last September. Although the scandal is a serious blow to the governor and has prompted investigations, Christie has proven skills in handling previous direct threats from Democrats and the media.

My prediction is that his biggest threat will come from his own party, whose kingmakers are most comfortable with the kind of dynastic ties, family wealth and long visibility represented by Jeb Bush and Mitt Romney.

Bush and Romney currently carry negatives from the previous Bush presidency and Romney’s 2012 defeat, respectively. But those memories will seem less important as time passes.

In the meantime, the two are separately denying any plans to run for office. Instead, they are burnishing their popularity as party elder statesmen by helping candidates, charities, businesses, and good government groups as needed this year. In sum, each would benefit as a candidate in the short run from helping Christie stay viable and overshadow potential fresh 2016 rivals in the GOP’s “center-right” space.

Christie this year chairs the Republican Governors Association, which means that party leaders have the incentive to pull together to make his year a success despite by the bridge-lane scandal, which is relatively trivial compared to Manzo’s material.

Do we need a crystal ball?

Even the well-spoken, well-groomed and otherwise gentlemanly Bush and Romney have 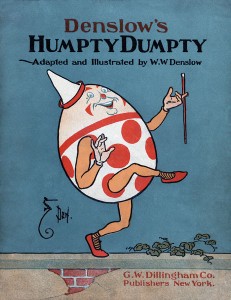 minions, at least a few of whom are not above using Manzo’s book as part of their opposition research to chart Christie’s downfall at the right time.

Christie did not invent payback, ambition, or the rest of rough-and-tumble politics. Any fingerprints would  look like ones from Democrats and the media.

Thus, “Big Boy” is likely to get a nudge sometime later this year from an unknown hand. It will help him star in his next role, Humpty Dumpty.