Microsoft to lay off workers and offer exciting relocation plan

Microsoft is embarking on the deepest cuts to its workforce in its 39 year history, axing 18,000 jobs over the next year as it absorbs its newly acquired Nokia phone business and takes out layers of management (this according to the Guardian newspaper out of England) (http://www.theguardian.com/technology/2014/jul/17/microsoft-cut-18000-jobs-tech-giant).

The new boss of the US company, CEO Satya Nadella,  is cutting one in seven of the tech giant’s 127,000 global workforce as it attempts to integrate the Finnish business it acquired in April for $7.2 billion dollars.

Satya Nadella, the firm’s chief executive wants a ‘leaner business’ and this means less workers and more robots.  The announcement of the 18,000 workforce job cuts propelled the tech giant’s shares to their highest level since the dotcom boom in 2000, gaining 1.5% to $44.84.  Wall Street loves it when there are fewer jobs for fewer workers, for mean less costs and more profits for CEO’s and Wall Street traders

Nadella said in an open letter on Thursday, the 17th of July:

“My promise to you is that we will go through this process in the most thoughtful and transparent way possible” (ibid). 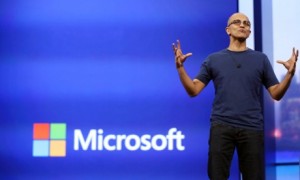 Echo Nokia’s former chief executive Stephen Elop, who is now vice-president for devices at Microsoft.  He sent a lengthy letter to staff which began with “hello there” and was peppered with management jargon such as “ramp down”, “right-size” and outlining a desire to “help people ‘do more’”.   Yes, help those who still have a job work harder for the same pay or even less, is what he means.

“These decisions are difficult for the team, and we plan to support departing team members with severance benefits” (ibid).

Elop himself received a controversial £16 million pound payoff from Nokia before signing up to join Microsoft.  He said that the pay was well deserved now that the company can cut costs by laying off workers.

“We put together company plans that see increased investment opportunities for Wall Street and leaner and meaner products.  We are the real workers at the company, the shakers and movers, and that is why we get so much money.  It is only fair.”

Nadella also said 13,000 staff would receive layoff notifications in the next six months.  All will receive severance pay and some will receive new job placement services.

It was not clear where in the world the axe will fall, but the cuts will no doubt begin with 1,350 layoffs in Seattle, Washington where worker pay is too high to sustain the needed profits to pay CEO’s and entice Wall Street investors.  According to an anonymous spokesperson for the company, “American workers just demand too much pay.”

Elop elaborated for Reuters on the works simpflication idea:

“The overall result of these changes will be more productive, impactful teams across Microsoft … We will simplify the way we work to drive greater accountability, become more agile and move faster” (ibid).

Thus, more work and speedups for those few who are able keep their jobs along with more robots in the future to eventually take workers’ place.

Goldman Sachs, the private world banker, applauded the move saying that it will add to Wall Street portfolios and provide more opportunities for global capitalism.

Idle MaHoney a spokesperson for the bank commented:

“This is a company that has always provided innovation and now is giving workers a chance to understand the global workplace and become part of a sensational team by relocating to China offers the American worker more ‘choices’.” 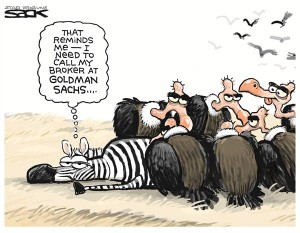 Microsoft also announced that as part of the relocation packages offered to US workers would be the chance to move to and live in China.  This is a revolutionary move that could be harnessed by other giant tech companies as well as diverse corporations as they replace workers with robots and send more jobs overseas in an effort to cut labor costs.

“We want to work with US workers.  We feel terrible about the job cuts but with Wall Street licking their fingers, the potential rise in profits for our company and the need for upper management and CEO pay increases, we have no choice.  Workers who see the benefit of moving to China will be welcomed and will be compensated for the move.”

The revolutionary plan launched by Microsoft is to offer workers in America effected by the lay-offs the opportunity to move into ‘turn-key cities’ in China, where they will given Microsoft housing, Microsoft education for their kids and a new Microsoft currency.    All of this is in association with the Chinese government which welcomed the idea.  Of course the CEO’s and Chinese millionaires will live in much luxurious turn-key cities but the idea is the same (http://www.bloomberg.com/news/2014-03-24/billionaire-developer-lures-rich-chinese-to-gated-polo-community.html).

“We are excited to finally offer American workers a chance to move to China and become a part of the Microsoft global team.  After all, with unemployment more than 25% in the US, workers who may never work again in America now have an opportunity to move to China and although the pay is less, they can live in Microsoft-Chinese turnkey cities, enjoy the wonderful food the Chinese have to offer and become a part of a growing migratory work team.”

“My husband and I have worked for Microsoft for ten years”, stated Goldie Biddy a resident in Seattle.  With the high cost of living in the US and now, without any job prospects we thought it would be great to move to China and become part of the new global order.  Our 11 year old daughter will receive an excellent education based on Bill Gates school privatization plans and charter schools.  Not only that, China is more authoritarian than the US and therefore it is safer.”

Yes, and although the pay is less than one dollar per hour, with the turn-key cities offering housing, schools and entertainment, why sit in decrepit America where infrastructure is falling faster than the World Trade center did in 2001? (http://billtotten.wordpress.com/2012/02/10/no-country-left-behind/).  The cost of living is far less in China and thus the low wages are all relative.  And the good point: you do not have to call out for Chinese take-out food!  Workers can enjoy the cuisine even on their minimum salary.

This sojourn for many Americans will also be the first time they have had an opportunity to actually see other parts of the world.

“The vacation challenged American will now be able to travel, live overseas and see and enjoy the world.  And by becoming a part of the global Microsoft team, they will see both job security and family opportunities not available in the US”.

Critics of the idea stated that Microsoft’s offer to laid-off American workers smacks of the old ‘company store’ where the corporation controlled all aspects of the lives of their workers and laborers were actually semi-prisoners of the corporation – a form of high tech plantation or serf labor.

In the early 1900’s in America, the company store was a retail store selling a limited range of food, clothing and daily necessities to employees of a company. It was typical of a company town in a remote area where virtually everyone is employed by one firm, such as a coal mine.  In a company town, the housing is owned by the company but there may be independent stores there or nearby.  Company stores faced little or no competition and prices were therefore not competitive. The store typically accepted scrips or non-cash vouchers issued by the company in advance of weekly cash paychecks, and gave credit to employees before payday.  Except in very remote areas, company stores became scarcer after the miners bought automobiles and could travel to a range of stores.  Even so the stores could survive because they provided convenience and easy credit (http://en.wikipedia.org/wiki/Company_store).

Marsha Debtward, a spokesperson for Microsoft and one of the few executives who is arranging for the relocation packages for laid-off workers, stated forcefully:

“This is not like the coal miner company stores in America.  Our plan is to offer basic services to workers and their families and provide them a chance to engage in a meaningful cultural exchanges while at the same time becoming a part of the fast growing global team Microsoft is putting together.  We are excited about it as are many of the workers we talked to!”  Workers will be paid in the Chinese Yuan.

The idea actually has a reasonable side.  As workers in America find it increasingly difficult to live, find schooling for their children, walk the streets of inner cities at night or live a quality of life, why not move out of say, sweaty Bakersfield, California and relocate to China where the turnkey cities plan to offer all the amenities and services and goods one needs.  And as for work, America has less and less opportunities for gainful employment and thus the trend to move overseas will be a growing one as America’s infrastructure and institutions teeter on the verge of collapse.

Other technology companies are also wielding the jobs axe to cut labor costs and focus on new internet-based technology. Hewlett Packard, for instance, is cutting 50,000 staff from its 250,000 workforce.  It will be interesting to see if Hewlett Packard follows in Microsoft’s footsteps and begins to offer relocation packages to their laid off workers in America in such countries as India, where they operate.

One thing is for sure: as hollowed out America continues to fail to offer a quality lifestyle for its citizens, migration by US workers to low-paid countries like China and India seems to be the future.  That’s good.  For after all, workers from all over the world migrate to the US, why shouldn’t US workers migrate to China? 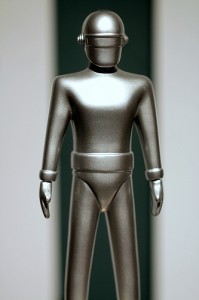