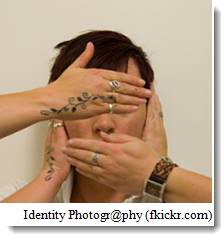 (Washington, DC) Stratfor Global Intelligence just published an essay announcing that the nation’s rulers have conducted a “successful war” on terror following the events of 9/11. The author, CEO and Stratfor founder, George Friedman, dressed up the standard Bush – Cheney justification for the past ten years of foreign misadventures and domestic decline:

“…one of the most extraordinary facts of the war that begin on 9/11 was that there have been no more successful major attacks on the United States.” George Friedman, September 6

That’s the argument pure and simple.

How do you counter that?

First, the statement excludes the most important fact about 9/11. It was a “successful major attack on the United States.” The event caused human tragedies accompanied by the shock that the most powerful nation on earth left its centers of governance and finance unprotected.

Friedman and those he defends have one overriding imperative in discussing 9/11, exclude the event itself as a topic of discussion. Move on as though history starts after the successful attacks. Never ever let the topic focus on Bush administration’s command negligence surrounding 9/11.

Second, keep in mind that the rhetorical imperative of the successful war argument requires that the following question is rarely asked and never considered at any length. How on earth could these attacks have been planned and executed without discovery? That question must be excluded at all costs. If asked, the clear answers obliterate claims for a successful war that supposedly followed 9/11. The answers completely undermine the arguments supporting the usurpation of the Constitution, the dire costs of the national security state, and endless wars.

The events leading up to the attack show a total disregard for the many warnings and red flags produced by various individuals and groups within law enforcement and the intelligence community. What follows is not an endorsement of the official conspiracy theory advanced by those in power. It represents an effective path to bypass polarizing labels and open the minds of the larger audience, the millions of citizens who have questions but no answers.

By showing the obvious internal contradictions in the official story, the larger audience is prepared to consider a much broader set of explanations and the urgent need for a true investigation into the events leading up to the attacks on the people and the nation.

Before the 9/11 Commission, there was the congressional Joint Inquiry into Intelligence Activities Before and After the Terrorist Attacks of September 11, 2001. The full report was published in December 2002 (838 pages). Eleanor Hill, staff director of the effort, put out a much shorter staff statement on September 18, 2002.

Hill began by stating the mission of the joint committee: to provide the public with an “understanding of why the Intelligence Community did not know of the September 11 attacks in advance.” The staff report then provided more than enough evidence to show that the intelligence community had extensive knowledge of the attacks well in advance of 9/11. A total failure of leadership is the unstated conclusion that jumps off the pages of both the summary and full report. The leaders had the information but failed to act on it.

The few excerpts below show the importance of addressing the history leading up to 9/11. The findings lay the foundation for arguing that the post 9/11 efforts missed the point — namely, that working within the assumptions of the official 9/11 narrative, the problem wasn’t prior warning. The main problem was a complete failure to act by those in the White House on the many warnings over many years.

“In June 1998, the Intelligence Community obtained information from several sources that Usama Bin Ladin was considering attacks in the U.S., including Washington, DC and New York. This information was provided to senior U.S. Government officials in July 1998;

“In September 1998, the Intelligence Community obtained information that Usama Bin Ladin’s next operation could possibly involve flying an aircraft loaded with explosives into a U.S. airport and detonating it; this information was provided to senior U.S. Government officials in late 1998;

“In the fall of 1998, the Intelligence Community received information concerning a Bin Ladin plot involving aircraft in the New York and Washington, DC areas.”

Both the staff and full report go into much more detail on terror threats from 1982 forward. These four brief quotations show that there was extensive prior knowledge of a planned terrorist attack on the World Trade Center and targets in Washington in 1998. The reported findings are unambiguous.

As far as the successful war argument goes, where is the justification? The attacks should have been prevented because, by the assumptions of the main narrative, there was voluminous evidence from multiple intelligence sources that airplanes were going to be “slammed into buildings.” That information was not acted upon by the leaders of this country. In fact, judging by the volume of warnings, ignoring this information required significant effort.

Instead of huge commitments, expenses, and structures for the War on Terror, the logical and most effective response would have been threefold: (1) recognize the wealth of information produced by intelligence agencies describing future events; (2) strictly enforce expanded collaboration between agencies and (3) commence impeachment proceedings against President George W. Bush and Vice President Dick Cheney.

The successful war argument covers up the logical remedies for future attacks drawn from the available evidence. It seeks to justify countless deaths as a result of two wars, a collapsed economy, and more than twenty million people out of work. Most importantly, this argument provides protection for those in charge, those who so miserably failed to carry out their duty to protect the nation.

This article may be reproduced with attribution of authorship and a link to this article.

35 Responses to “Michael Collins: The "Successful War" Argument and 9/11”