Was Karen Hudes assigned to attack my article after I wrote .01% will launch waves of false flag attacks to ‘justify’ martial law, arrest ‘truthers’? 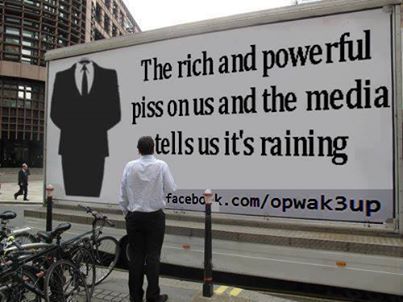 This is the last of my four articles responding to Karen Hudes, with background and documentation communicated in the first three’s titles:

After ~700 published articles, Karen Hudes either chose or was assigned to comment after I wrote this article about what I conclude is the central plan of the .01% at this endgame stage for the future for our planet:

I suggest We the People should be curious why this particular article drew attention.

Karen claims to be a committed professional to redesign money for public benefit. I seem to be among leading economic voices in alternative media to document our history with money, obvious mechanics for monetary and public banking reforms, CAFR reforms to release tens of trillions back to We the People, and working with ~2,000 Advanced Placement Macroeconomics teachers. So why would Karen comment in content summarized in the titles of the first three articles in this series NOT about economics, but on the .01%’s endgame involving ISIS, ISIS agents in countries around the world, increasing false flag attacks, and the prospects of martial law and FEMA camps as a final solution for “truthers?”

Interestingly, my friend and colleague Fred Burks reported that his article on this topic elicited e-mail censorship at a new level:

Yesterday I sent out one of the most important messages I’ve ever sent and all four of the gmail addresses I use to subscribe filtered the message to spam. Strangely some gmail subscribers did receive the message, yet even more strange, for the first time many responses to me from readers who received the message were also filtered to spam.

So is the .01% responding to those revealing their endgame agenda?

Evil only possible with the 99.99%’s consent: I agree with many colleagues that We the People have already won this contest because our hearts and minds have already reached this tipping-point, and are working forward in conscious recognition and expression. If the .01% rush an endgame, they only rush their demise because We the People will refuse to abandon basic rights, law, and dignity to arrest those of us working for the facts to be known.

We know in absolute certainty: Earth’s recorded history is dominated by empire/colonialism to control resources, natural and human, for the opulence of a .01% class, a ~5% minion class to directly serve the .01%, and the rest of us as the slave class to work as ignorant animals.

We know in absolute certainty: The United States today is the leading global criminal empire among the so-called “former” colonial powers; ridiculous in Emperor’s New Clothes obvious crimes for anyone caring to look at the facts:

Again, my immediate response of what the public should do is expressed best in just 90 seconds: former US Marine Ken O’Keefe powerfully states the “very obvious solutions” to US/UK/Israel unlawful Wars of Aggression to arrest the obvious criminal leaders (video starts at 20:51, then finishes this episode of Cross Talk):