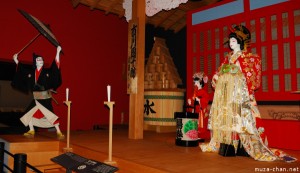 A previous article detailed the Kangaroo Court proceedings in the Cecily Mcmillan trial. How the proceedings were rigged to deliver a guilty verdict, just like in the Chelsea ( Bradley) Manning case. Lo and behold a guilty verdict was rendered  today, and Ms McMillan was remanded to Riker’s Island.

Cecily McMillan is the latest chapter in the sad but ongoing story of the prosecution of former Obama supporters, as detailed in the story Hope and Change Betrayed.

The Kangaroo proceedings in McMillan’s trial included  suppression of officer Bovell’s personnel file, allowing an edited video to be used by the prosecution, limiting the defense’ s use of video evidence, and not allowing another Occupy protester beaten by officer Bovell  that same night to testify.

Ms Mcmillan’s case is not unusual. It is commonplace for victims of police aggression to be criminally charged. As Alternet reported:

A Miami man who can be seen in a cell phone video being beaten unconscious by police officers has been charged with resisting arrest — for covering his head during the attack.

The man, 21-year-old youth center worker Gilberto Matamoros, says he was doing nothing wrong when he was arrested, and then beaten, by police on Halloween. Footage of the incident shows an officer hitting Matamoros five times on or near his head. He was beaten until he lost consciousness and was taken to a nearby hospital. Then Matamoros was charged with disorderly conduct and resisting arrest.

McMillan was prosecuted by the office of Manhattan District Attorney Cyrus Vance Jr.  Don’t be surprised if Vance, a scion of a political dynasty, shows up in a future Hillary Clinton Administration. An administration which will be populated by a bevy of self-serving corporate & neoliberal  Clinton Acolytes. Perhaps as attorney general??

Cecily McMillan’s greatest mistake may have been the belief that she could obtain justice through the criminal court system. As Ms. McMillan has regretfully discovered she is now the ward of a Korrupt system of Kangaroo Kriminal Kourts which serve the interests of the State in repressing dissent.

The Mcmillan trial exposes the criminal justice system as an outlandish Kabuki show, like the Hunger Games, with Obama playing the role of President Snow.  This is a lesson that should not be lost on Mr. Snowden, who is the protagonist in his own real life hunger games which includes: the revocation of his passport, the downing of the Bolivian President’s plane, the detainment of David Miranda at Heathrow airport, the attempt to undermine the Ecuadorian elections, a former CIA director portraying a news analyst on CBS news and the overthrow of Ukraine by neo Nazis.