How corporate media covers everything important: all you’ll have until .01% arrests 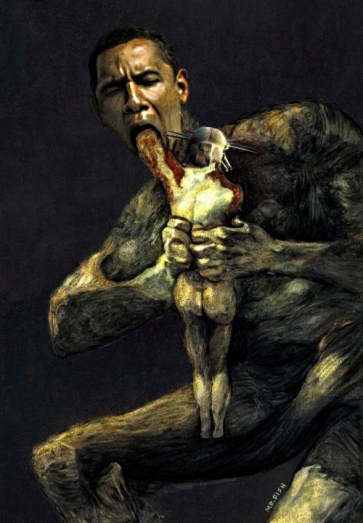 And a 7-minute video of the 2015 first GOP presidential candidate debate highlighting one ongoing “Big Lie” that US war on Iraq was  based on “mistaken intelligence” rather than an unlawful War of Aggression (war of choice) with orchestrated propaganda of known lies:

Corporate media means the six consolidated sources of ~90% of what the US public receive as “news” (and here, here).

Those of us writing in alternative media typically have academic training with professional experience who are expert witnesses to explain, document, and prove that corporate media “news” is propaganda in our areas of expertise. We can walk anyone through the colossal lies of omission and commission with Emperor’s New Clothes ease of simply pointing to the naked objective facts anyone can see with a few moments of attention.

Because corporate media lies ongoingly “cover” crimes centering in war and what we use for money that annually kill millions, harm billions, and loot trillions, we can safely make two conclusions:

Among literally ~100 areas of crucial and game-changing importance for all Earth’s inhabitants’ future, consider the reporting of the New York Times (NYT) on the largest meeting of heads of state in world history to save ~ one million children’s lives every month from preventable poverty, using less than 1% of developed nations’ incomes, and while reducing population growth rates: the 1990 World Summit for Children (full factual documentation).

For 18 years I was a leader in the citizens’ lobby, RESULTS, for US domestic and foreign policy to end poverty. My degree from U.C. Berkeley was customized to study ending global poverty. My background qualifies me as an expert witness; and that said, my testimony is only helpful to the degree it allows objective data to become clear and open for public consideration. Expert witnesses are not helpful to be believed; we allow the comprehensive facts to  become plainly visible.

Please keep in mind that this publication, the NYT, is considered the US leading daily newspaper, with more Pulitzer Prizes and circulation than any other than The Wall Street Journal (contrast their ongoing economic “reporting” with these basic facts, and this history).

Back to the NYT choice of “coverage” on this story:

Largest meeting of heads of state in world history to save a million children’s lives EVERY month?!

And the investment is just 0.7% of our income, while reducing population growth rates in every historical case?!

The New York Times covered the Summit in the “Education” section in the back of the paper, only for one day as I recall, and only on the last day of the Summit. Here’s the headline:

By PAUL LEWIS, Special to The New York Times

Look at the New York Times front page today and see where their “Education” section is at the left column of their main topics for news. This is a listing of topics by importance when I looked a few years ago; when I looked today “Education” no longer ranks important enough to list:

Let’s do some analysis on the choice of reporting of the NYT. The article title was, “WORLD SUMMIT FOR CHILDREN; World’s Leaders Gather at U.N. for Summit Meeting on Children”. Along with burying the story after cartoons, corrections, and games, they chose a headline that omits the point of saving millions of lives and that this is the largest meeting of heads of state in the history of planet Earth, not just some ambiguous “leaders.”

The article discusses the investment to end poverty only as costing “more money” and lies in omission to never mention that the investment to save a million children’s lives each month from gruesomely slow and painful death is less than one percent of US income (remember, full documentation of these facts here).

It reports that the meeting will cause “headaches” for planners, and traffic jams for everyone in New York City. It then reports the non-story that because such a meeting cost $5 million to create, “some people” might criticize the Summit (we never heard that complaint, or could imagine anyone making it). The “reporting” ends by repeating that this “meeting” of a “long list of goals” will cost more money than is currently being spent.

This choice of reporting was AFTER our continuous communications with the NYT to report on the facts, with RESULTS being just one of several interested parties working with media for accurate news coverage. Ask and answer for yourself:

And here’s another question for you: does this propaganda continue to our present because the NYT continues its non-reporting of our power to save a million children’s lives every month, and that since the 1990 Summit more people have died from preventable poverty than all the wars and categories of violent death in all recorded human history?

Indeed, the history of unfulfilled promises to end poverty once and for all forever by the developed nations rather than exploitative neo-colonial vicious competition for resources and profits extends back to 1969.

So, after the US and colluding “former” imperial nations (so-called “developed”) reneged on every promise (public and private) to end poverty from the 1990 Summit, with Bush Sr. Administration “leaders” telling us at RESULTS that the reason for not taking action was fear of losing voters by “appearing to give too much to the poor,” we developed a dual strategy: solve the problem they presented while continuing to educate that the American public were willing to give ten times the amount of money the US committed for at the Summit.

To solve the problem of “appearing to give too much to the poor,” RESULTS led the promotion of Microcredit, small loans for poor people who do not have the collateral to receive credit from commercial banks, and was the primary organization working to create the 1997 UN Microcredit Summit for heads of state. RESULTS also manages global progress for the Microcredit Summit’s goals for ending poverty. Muhammad Yunas, the founder of Microcredit, was the recipient of the 2006 Nobel Peace Prize.

Since 1997, microcredit has funded over 100 million people to work their way out of poverty, which extends to family members totaling perhaps 500 million people. Microcredit requires funds for start-up, then repays those funds and makes a profit. The loan repayment rate reported by banks, such as the founder’s Grameen Bank, is over 95%.

This solves the stated problem of “appearing to give too much to the poor” by making a profit while ending poverty.

However, RESULTS’ work with the Clinton Administration to attend and support microcredit produced Hillary Clinton attending the Summit with former Goldman Sachs Co-Chairman Robert Rubin (then Secretary of the Treasury) to smile, promise everything, and then leave the Summit to do nothing, while corporate media refused to report the game-changing news of ending poverty while making a profit.

Democratic party “leadership,” including the Clintons, told RESULTS that they wouldn’t promote microcredit for full funding because they, too, claimed to be too afraid of “giving too much to the poor,” and “had other policy priorities.” These Orwellian statements from both parties’ “leaders” in the face of soul-crushing poverty drove me to redirect my “hobby time” to “follow the money:” understanding our monetary system (and here, here), history, and solutions (here, here).

RESULTS and other groups achieved slight funding increases for Microcredit, but only from focused public pressure in the face of Democratic and Republican leadership’s lack of initiative on their own.

Please appreciate the lack of corporate media reporting on these facts, and ask yourself what actions must occur if we are to ever have humane policies and truth?

Don’t expect Ms. Clinton to make microcredit a key part of her presidential promises. Expect support for Israel wiping Gaza off the map, war on Iran (here, here, here), and ongoing criminal support of the Big Banks’ fundamental fraud of claiming debt they create is “money” and somehow “good” for us while doing nothing to end mechanical and mathematically certain perpetual and growing debt, unemployment, and failing infrastructure (here, here, here, here).

Conclusion for your consideration: demanding .01% arrests for obvious, massive crimes and lies

This one example of the 1990 World Summit for Children means that political and corporate media “leaders” have continuously lied to Americans and the world for over 25 years at the cost of ~400 million slow, painful, and gruesome human deaths.

These “leaders” are literal criminal psychopaths (and here) who ongoingly commit Crimes against Humanity. To put the annual investment cost in perspective to end poverty: $1 to $3 trillion over ten years ends poverty while reducing population growth rates, while the .01% oligarch class “legally” hide $20 to $30 trillion in offshore tax havens; ten to thirty times the amount to end global poverty forever.

And please be clear: this case study of corporate media lies of omission and commission is just one of ~100 areas of crimes and lies that center in war and money. This history of such .01% lies runs deep in American history, and expertly documented when the Roman Republic devolved into dictatorial tragic-comic empire.

Therefore: this case study on lies to continue poverty-murders in context of similar and ongoing lies for war-murders and debt prove in Emperor’s New Clothes irrefutable clarity that: