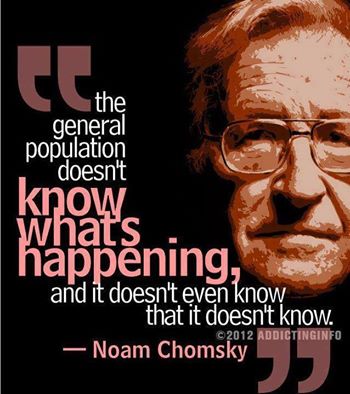 There is a growing disconnect between the American people and government whose lying statistics proclaim a recovery while 92 million remain out of work; the Middle Class is disappearing; students are overburdened with debt and the top 0.1% control 90% of the wealth. As times get harder and they will, Americans are demanding the truth. Why waste trillions bombing other countries where the enemy (Al Qaeda and Islamic State) are known CIA creations.

Stop this deceptive abomination – we need the money back home!

End the FED and the Corrupt Fiat Money System

Popsicle Man by Kenneth Anton traces the history of UK and US Central Bankers, revealing how they gained their wealth and power over the last two centuries.

Do Americans really need a private Central Bank to issue our debt-based currency and charge us interest for the privilege?

What right do the TooBigToFail banks have to exploit the system, steal trillions, and get away without prosecution? Why are the TBTF banks allowed to trade derivatives, risking trillions in losses? And why are bank depositors liable for these losses via Bail-ins when the gambling bets turn sour?

Why have recent QE trillions from the FED gone to the biggest banks, while the economy and citizens are struggling to survive in this never-ending recession? Alarmingly, recent reports indicate the whole financial system is about to collapse.

The truth about 9/11 is finally coming to light. Many reputable sources but especially Architects & Engineers for 9/11 Truth. AE911Truth is an organization of over 20,000 members, with over  2,300 professional architects and engineers signed-on with their license numbers to professionally conclude:

On Behalf of the People of the United States of America, the undersigned Architects and Engineers for 9/11 Truth and affiliates hereby petition for, and demand, a truly independent investigation with subpoena power in order to uncover the full truth surrounding the events of 9/11/01 – specifically the collapses of the World Trade Center Towers and Building 7. We believe there is sufficient doubt about the official story and therefore the 9/11 investigation must be re-opened and must include a full inquiry into the possible use of explosives that might have been the actual cause of the destruction of the World Trade Center Twin Towers and Building 7.

AE911Truth have thoroughly investigated 9/11 and concluded that the Twin Towers and Building 7 collapsed at near freefall speed into their own footprints. Only strategically placed ‘controlled demolitions’ with privileged site access could have accomplished this feat. Therefore, it had to be an ‘inside job’ with those at the very top knowledgeable about and responsible for this tragedy.

The myth that Osama bin Laden and his followers were responsible for 9/11 (and here, here) has led to a bogus ‘War on Terror’ waged against Muslims in the Middle East. In the process, wars against Iraq and Afghanistan, Libya and Syria were launched at great expense in money and lives, resulting in ruined states.

The Neocon plan for ‘A New American Century’ promulgated decades before, proposed a ‘9/11’ type catalyzing event to ensure America’s status as the sole superpower, justifying wars abroad and thru the ‘Patriot Act‘ suppression of Patriots and dissenters at home. The creation of the Department of Homeland Security (DHS) marked the beginning of a transition from a democracy to a ‘Police State’.

Power and Influence of Zionism

How has AIPAC (Israeli lobby group) achieved such a strong influence in Congress? Why does every administration since JFK veto UN resolutions against Israel?

Why is US obligated to give Israel over $3 billion per year plus billions more in advanced military technology? And why is US committed to defend Israel no matter what? Why does the US which boasts of promoting equality and freedom around the world, tolerate the persecution and suffering of the Palestinians?

The Rothschild dynasty was responsible for founding the state of Israel last century. And they are still the most influential of the elite bankers.

Besides control of the money supply, two more pillars solidified the ultimate power of the Ruling Elite – the Military Industrial Complex and the Mass Media. They discovered early in the nineteenth century how beneficial wars can be in building wealth, first in the UK and later in the US. Post World War II the US became the most powerful country in the world with the Elites quietly running the show in the background. Investments in Defense Contractors anticipating future wars aggrandized their wealth.

The other pillar which became an essential element of their power base, the Mass Media started with the Rothschild acquisition of Reuters, JP Morgan’s buyout of the top New York newspapers about 1917 and later the Rockefeller clan’s purchase of Radio and TV networks. With continuing acquisitions and consolidation in recent times, 90% of the Mass Media is now controlled by six mega corporations ultimately run by the Banker Elite. They control the news, spread propaganda and influence our perceptions, even how we think and make judgments.

See article here on the ‘Insidious Mass Media,’ where Edward Bernays, a key player in applying psychology to the media states, “The conscious and intelligent manipulation of the organized habits and opinions of the masses is an important element in democratic society. Those who manipulate this unseen mechanism of society constitute an invisible government which is the true ruling power of our country. We are governed, our minds are molded, our tastes formed, our ideas suggested, largely by men we have never heard of.”

Consolidation in business, banking, the media and politics over the last hundred years has allowed the Government to be taken over by an Elite oligarchy with unlimited assets, influence and psychological control of the minds of Americans. They also use the media as a protective shield, isolating themselves from scrutiny and challenge.

These themes are covered in the historical fiction eBook ‘Popsicle Man’ by Kenneth Anton which finishes with a surprise ending pitting Oath Keepers and Patriots against the Elitists and their minions. Find the Paperback at Amazon and other major outlets.