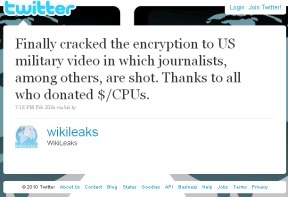 Wilson’s homeland of Haiti lays in ruins today. He has not been able to reach his family there. But well before today, the Haitian people have struggled in grave poverty and amidst political turmoil, which Wilson escaped from to make a better life in the United States. This is his story.

President Obama once pledged to end controversial trials of terrorism suspects, but now that he is in command, he has reversed his old promises from the campaign trail and has announced plans to revive the Bush-era military commissions system. These Kangaroo Courts have been denounced world  wide. Human Rights groups are outraged about the renewal […]

Dennis Loo writes on the World Can’t Wait website that President Obama’s Department of Justice has pressed the Court of Appeals to rule that prisoners at Guantanamo Bay torture Camp are not ‘persons’ and they are not entitled to the rights of ‘persons’ and that if the Court does find that they are indeed ‘persons’, […]

American military lawyer Lieutenant-Colonel Yvonne Bradley represents a client that claims he was repeatedly tortured at behest US intelligence officials. Fifty of the 260 detainees at the Guantanamo Bay prison camp, located in a portion of United States controlled Cuba, are on hunger strike. They are being strapped to chairs and forced-fed through tubes down their throats. Those who resists are being beaten. Some prisoners are in fragile condition.

The full story can be found at:

This leads me to comment about Democratic President Barack Obama. It appears the current administrations policies are a continuation of Bush era polices. Spying on American citizens is being extended by Obama’s policies. On State Secrets the current administration is preserving the Bush regimes order. The President plans to continue the supposed ‘War on Terror’ by increasing US war making in Afghanistan. On the topic of rendition kidnapping, sending suspects overseas for torture, often in the presence of US intelligent agent interrogators, Barack Obama is shaming the American people further by continuing this illegal practice. Now we find that Conditions in Guantanamo Bay Torture camp are reported to be even worse under Obama than under Bush with many Prisoners going on hunger strikes and being physically beaten when they resist being force fed. (And by force fed at Guantanamo Bay torture Camp I’m referring to abuse which had been documented in the past according to Michael Ratner and the Center For Constitutional Rights. The abuse includes tubes which are forced up the nostrils and through the nasal passages and then down the throat as a punishing way to deliver nutrients to detainees unwilling to eat.) And looming over all these moral atrocities is the largest Capitalist finical crisis in the nation’s history which Obama is making worse by looting treasuries and finically assisting the rich, with little or no thought for regular people. The finical catastrophe which happened when the former Soviet Union was taken over by Capitalism can happen here too. Capitalism is a horror for most people the world over whether it is in crisis or not. Now, the world Can’t Wait to Drive out the Obama Regime!

Looks like the right wing appointed judges will have another chance to put away gitmo prisoners without any evidence.  By Robert Parry  December 31, 2008, Consortium News Civil libertarians hailed last June’s U.S. Supreme Court ruling requiring habeas corpus hearings to justify indefinite detentions at Guantanamo Bay, but there remained the question of which federal judges would hear […] 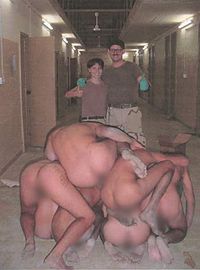