Members of 9/11 Commission last week leveraged the 10th anniversary of their report to announce a dozen recommendations primarily fanning fears of foreign terrorism. 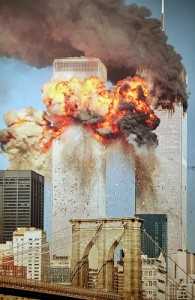 For example, former Senate Intelligence Committee Chairman Bob Graham and former 9/11 Commissioner Max Cleland have each called for renewed formal investigations of 9/11. Their perspectives were almost entirely missing from the forum and mainstream news coverage.

Clarke is best known for apologizing to 9/11 families and other Americans for the tragedy to begin his 2004 testimony before the Commission. He told author Philip Shenon he made his “fix” remark upon hearing news that the 9/11 Commission had hired as its executive director Philip Zelikow.

Zelikow, part of the Bush administration transition team, was a fierce opponent of Clarke, a National Security Council staffer who had unsuccessfully warned about al Qaeda and Osama bin Laden before the 9/11 attacks.

Remarkably, Zelikow also had been co-author of a book by Bush’s top National Security Advisor Condoleezza Rice. After the commission’s work ended in 2004 he became counselor for Rice from 2005 to 2007 when she held the Secretary of State post.

Talk about whitewash and conflict of interest was not part of last week’s forum organized July 22 by the Bipartisan Policy Center in downtown Washington, DC.

Instead, they focused primarily on fear and the need for more spending.

“Many Americans,” the former commissioners said, “think that the terrorist threat is waning — that, as a country, we can begin turning back to other concerns. They are wrong. The threat remains grave and the trend lines in many parts of the world are pointing in the wrong direction.”

The speakers said the public should fear terrorism and support vigorous counter-terrorism measures.

Counter-terrorism contractors and their allies in government, Wall Street and the media fear budget cutbacks in an era of austerity, especially because relatively few foreign terrorism threats have been discovered. Most of the plots exposed have revealed deep involvement by undercover federal agents.

This column — cross-posted on the Justice Integrity Project with more detail and citations — shows that 9/11 Commission began with massive conflicts of interest and receives scant press attention for its members’ failure quell public doubts about the 9/11 attack.

The commission’s leaders were Chairman Thomas Kean, a Republican former New Jersey governor, and Vice Chairman Lee Hamilton, a Democratic former congressman representing southern Indiana. All of the commission members or their organizations have ties to the federal contractors, Wall Street financial houses and other institutions that prosper from counter-terrorism spending and related efforts.

Naturally, the recipients cycle back part of their revenue from taxpayers to the most supportive lawmakers, thought leaders, and their organizations.

A Who’s Who of recent intelligence and law enforcement officials at the highest levels helped the former commissioners in their latest research and recommendations.

The commission’s legacy? “The first important thing that’s been done in this town in a long, long time,” responded Kean.

But out of the limelight, some continue to question the findings and seek more information. Dozens of books have raised questions about the investigation, including two by former Senate Intelligence Committee Chairman Bob Graham. The three-term retired senator from Florida, a Democrat, chaired a joint Senate-House investigation that had to end operations in 2003. Graham has since urged, Re-Open the 9/11 Investigation Now.

But blunt comments occasionally surface for those willing to ask questions. One arose during a 2009 book fair at the National Press Club, where Cleland was signing copies of his memoir. Cleland, a triple amputee from Vietnam combat, had been a wild card on the 9/11 Commission. He  pushed for subpoenas and asked so many blunt questions that leadership of both parties found a job for him as an Export Import Bank director requiring his resignation before the commission’s final report.

“Do you think there should be another 9/11 commission?” a former Navy intelligence officer asked Cleland at the 2009 book signing.

“There should be about fifteen 9/11 commissions.”