by NextNewsNetwork http://www.youtube.com/watch?v=FCVOZTAxFb4   Former U.S. President George W. Bush recently dedicated his Presidential Library in Dallas. The ceremony included speeches by President Obama, ex-President Bush, and every other living ex-president. But none of the speeches so much as mentioned to Iraq war — the undertaking that dominated George W. Bush’s presidency, and will define […]

My son’s anger flooded the room. Three months of work, all of his papers, were wet. It was an accident. Water had leaked out of the water bottles in the back seat of the rental car. The bottom of his backpack was soaked. Although I could sympathize with his emotional distress, I had decades between […] 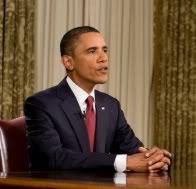 Assassination hit list in America Submitted by Meredith Bailey Here’s an article by Glenn Greenwald about the dozens of Americans who are on the assassination hit list. There’s no opportunity for due process to prove the innocence for these Americans. If you are not aware by now, we are clearly living in a tyrannical government. […]

A prisoner was horribly tortured at the hands of Bush torturers, until he agreed to say that al-Qaeda was linked to Saddam Hussein in 2002. Several weeks ago, Human Rights Watch investigators found the missing inmate and talked to him. He had been secretly transferred by the Bush administration to a prison in Libya. Under […]

Cheney’s still convinced that 4,500 Americans and over 100,000 Iraqis had to die. History will not be kind to Cheney’s arrogance. Think Progress In an interview airing tonight on PBS’s Newshour, host Jim Lehrer asks Vice President Cheney about the U.S. soldiers who have lost their lives in the war in Iraq…