Joel Klein announced Nov. 9 that at year’s end he will resign as York City’s Schools chancellor to become executive vice president at Rupert Murdoch’s News Corp. Yesterday, the company announced that it was buying a technology company with big financial ties to the New York City school system.  How nice.  The neo-liberal corporate state […] 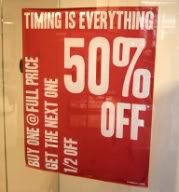 From: The Desk of: Kobi Abayomi Asst. Professor ISYE-Statistics Georgia Tech This shit is all around criminal. City schools chancellor nominee Cathie Black insists she’s connected to public education via a highly touted charter school – but a close look shows she’s had no contact with students, parents or teachers there. Officials at the Harlem […]

In the past month, we have seen major media outlets follow the story of National Opt Out day. Now that it is over, the stories are less frequent and will probably subside as the media moves on to other stories. It is important, however, to remember that everyone must keep up the pressure against the […]

In 1946, a year after the end of World War II, George Orwell had already buried Hitler, at least linguistically, in his famous essay “Politics and the English Language“: “Fascism has no meaning now except so far as it signifies ‘something not desirable.’” Orwell’s point is not just that the word fascism was out of vogue, […]

Watch TV news coverage of last Monday’s DFT picket against House Bills 6576 – 79, at http://www.youtube.com/dftmembers.  The legislation was introduced November 17 by State Rep Durhal and Robert Bobb. It would eliminate class size caps and seniority, but only in those school districts in a financial deficit. The DFT voted to sponsor the picket […]

In her “‘Culture of Poverty’ Makes a Comeback” for The New York Times (17 October 2010), Patricia Cohen declared: “Now, after decades of silence, these scholars are speaking openly about you-know-what [the ‘culture of poverty’], conceding that culture and persistent poverty are enmeshed.” While Cohen’s article accurately reflects a scholarly re-examination of claims that a […]